“Sway to its rhythm, tap into the neighborhood’s heartbeat, visit landmarks and meet its courageous trailblazers who built a thriving community. Newtown is a resilient community undergoing revitalization and redevelopment. It has a rich legacy and is located on Florida’s Cultural Coast considered “the cultural center of the southeastern United States.” – newtownalive.org 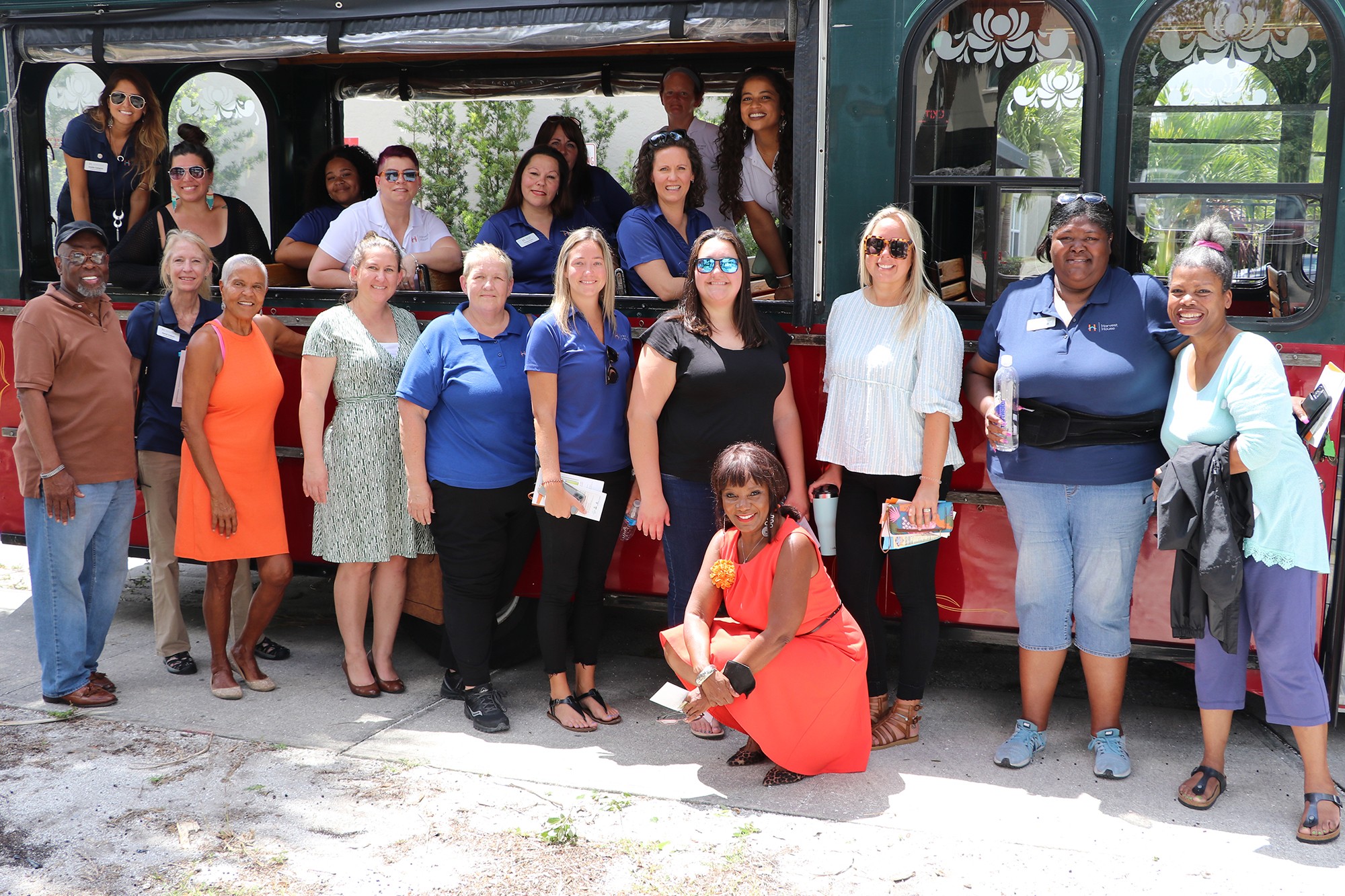 On May 4th, 2022, all 25 members of Harvest House’s staff joined Vickie, Walter, and Brenda from Newtown Alive on an exciting interactive trolley tour. The tour showcased the history of Sarasota’s earliest African American pioneers. One of Sarasota’s oldest communities, known as Newtown, holds a rich history of people, places, and events that contributed greatly to the development of Sarasota. 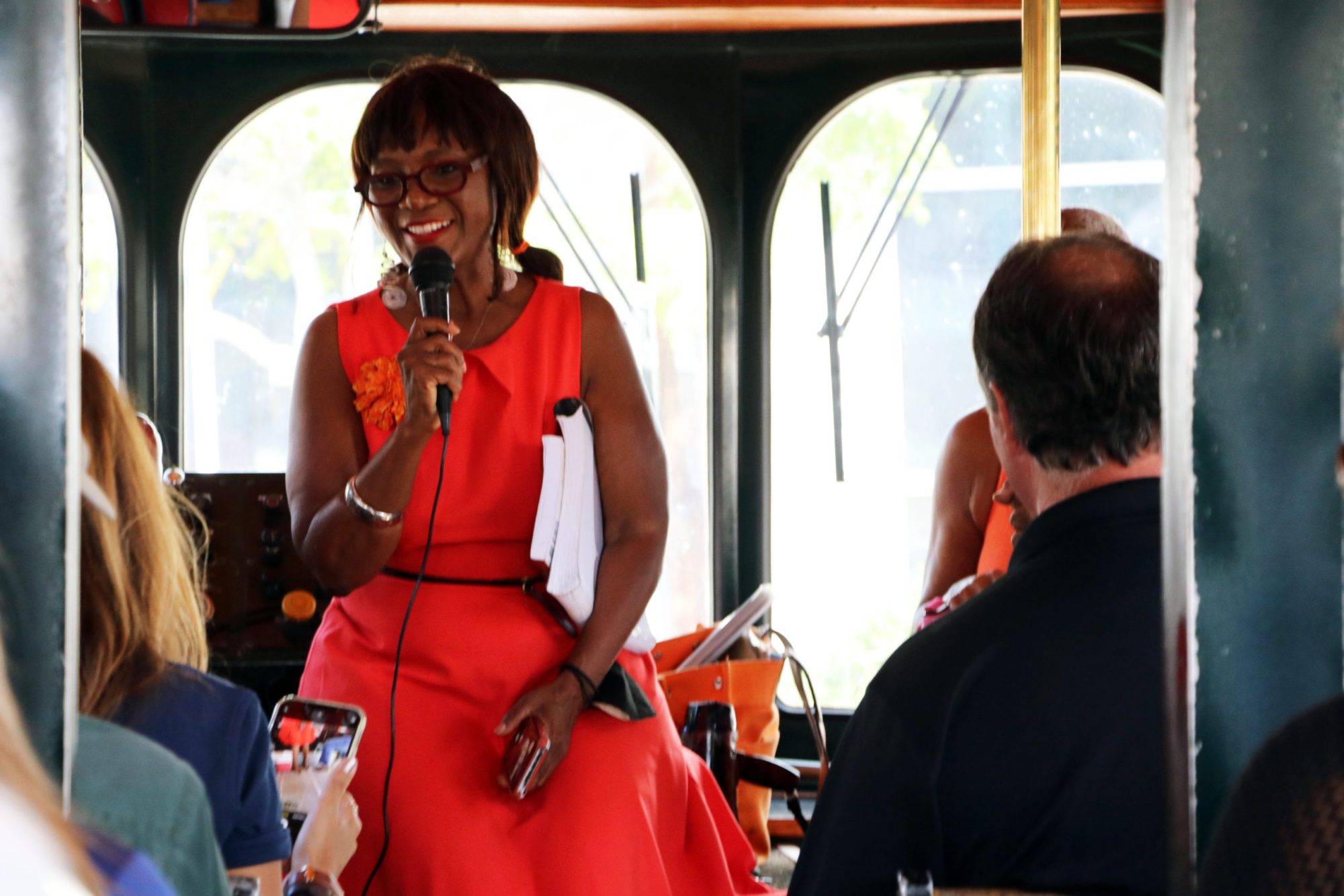 President and CEO of the Sarasota African American Cultural Coalition, Vickie Oldham, talked about Sarasota’s first Black settler, Lewis Colson, who came to Sarasota with his wife Irene. In 1885, Colson drove the first stake into the ground to assist Richard Paulson in platting the town of Sarasota at Five Points for the Florida Mortgage and Investment Company.

“One of Harvest House’s campuses is located on Colson Avenue, and internally we refer to this campus as ‘Colson’. This was one of the moments early in the tour when it clicked for some of our staff. We carry out our mission in the heart of a community with a vibrant and recent history, and it’s so important that we know about it so we can keep the memory of the trailblazer spirits like the Colson’s, alive, and keep gratitude high for the foundation they laid for us,” said Shaelina Holmes, Chief Operating Officer of Harvest House. “Sarasota’s history is simply incomplete without the information collected and preserved by Newtown Alive.”

Wade in the Water

We also learned about the integration of Sarasota beaches. Walter Gilbert explained how every Sunday, members of the Newtown community would caravan to Lido Beach and wade in the water as a form of protest. We all joined singer, Brenda Watty and sang “Wade in the Water”, an African American Jubilee (spiritual) song, first sung by African Americans in slavery. 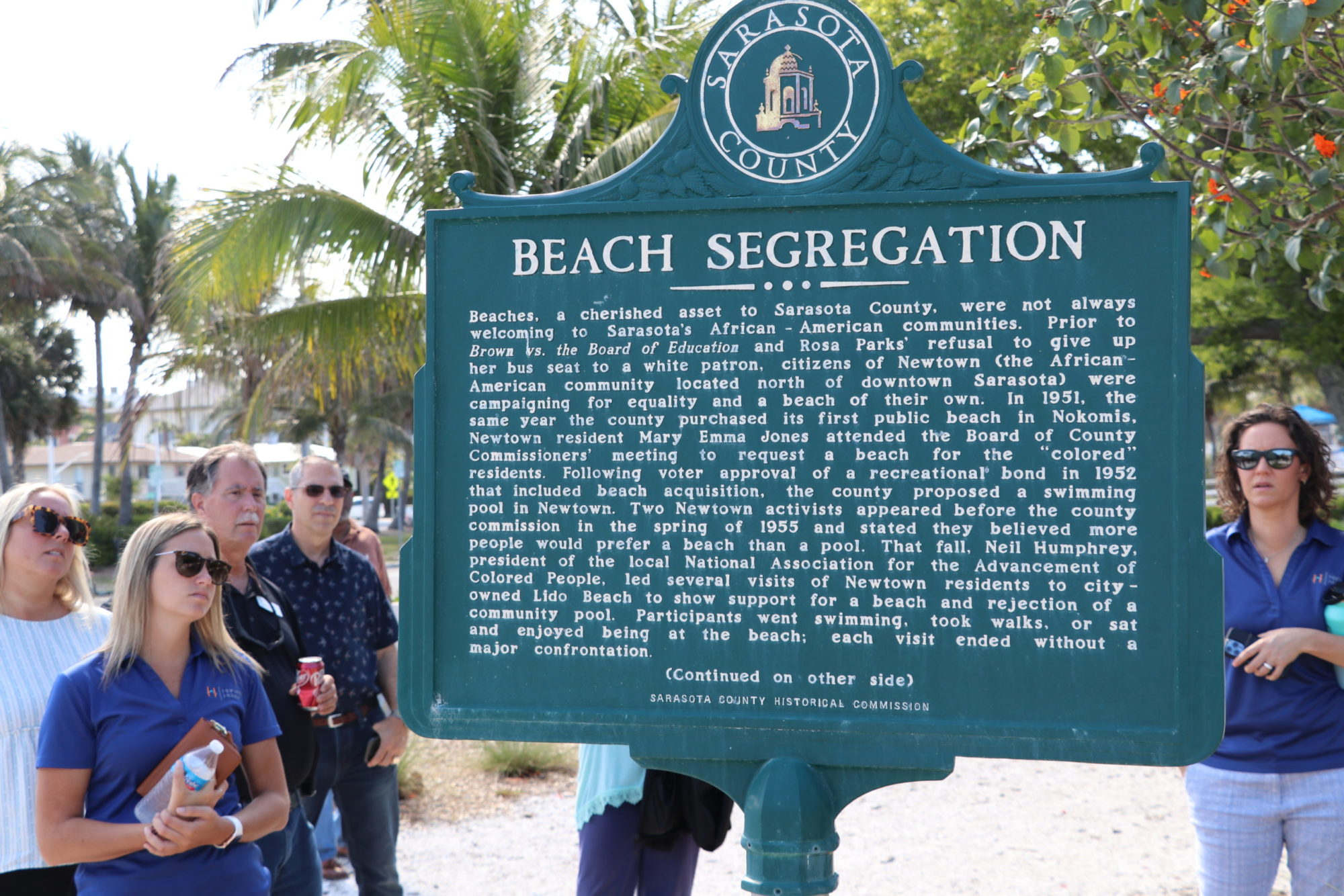 Vickie is passionate about sharing stories of Sarasota’s history, all the way from the late 1800s, to her own childhood memories. She shares them with tour groups over and over again because, she said, “if young Newtowners knew and understood what happened here, they’d be more confident, courageous, and empowered to accomplish their goals. These stories touch me deeply.”

It was a phenomenal experience for all of us on the Harvest House team – a journey full of history, incredible stories, song, and fellowship. If you want to know Sarasota, visit their website to take this tour today! http://www.newtownalive.org/